Ajax – Wireless technology on guard of family and business 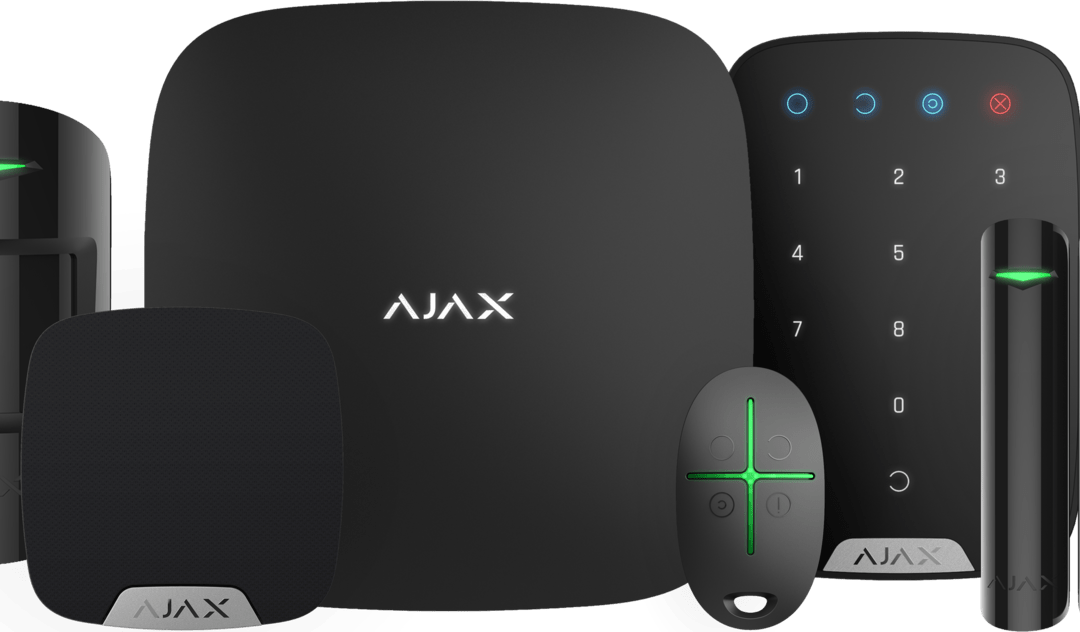 The AJAX alarm system will protect your home and office from theft, fire, water leakage, and excessive energy consumption

How does it work?

Have you ever thought about protecting your family and business with a security alarm? Probably yes, you have. But this probably seemed too difficult, time-consuming and expensive. You need to consult specialists while renovating your premises, lay the necessary cables, and once the installation is finished, connect the sensors and set the alarm to remote control. You need to pay for equipment, for installation and connection to the control panel of a security company. Every month you need to pay a monthly fee for the protection and maintenance of a complex system. If you suddenly forgot to disarm and the alarm went off, you will also have to pay for the false exit of the patrol unit.

With the onset of the pandemic and the global economic crisis, the risk of robberies has increased significantly. The list of other possible disasters involves water leaks and fires which can often be a greater threat than theft.

Fortunately, technology does not stand still – today the choice of security system has been greatly simplified. This article will introduce you to the most reliable of the existing wireless security systems in the world – Ajax Systems. We will explain why this security solution is completely different from the old-fashioned, complicated and expensive systems of the past.

Ajax is a wireless security system for a house, apartment or office. It protects against robbery, fire and flooding, manages electrical appliances and allows for connection to the surveillance cameras.

Imagine that Ajax is already installed in your house or apartment. How will it work?

The heart of the security system – hub (Ajax Hub Plus or Ajax Hub 2) will be installed next to your home router. It will use the same outlet, besides hub is the only system device that needs power. Furthermore, even with a complete blackout in the house hub (and the entire security system) will operate up to 16 hours in autonomous mode.

The hub supports up to 4 independent communication channels:

These channels operate in parallel and supersede each other in case of an emergency. Under no circumstances will the system be left without connection and your house – without reliable protection.

Up to 150 Ajax devices can be connected to the hub (for Ajax Hub Plus). To protect the external perimeter of the premises, we use street motion sensors with protection from masking (Ajax MotionProtect Outdoor). For the second (internal) line of protection inside the house, one can use various additional sensors:

We offer additional protection from fire and carbon monoxide:

…as well as from water leaks using a flood detection sensor in wet areas (Ajax LeaksProtect).

The activation of any sensor under protection leads to an immediate reaction of the hub – it transmits a signal to the owner in milliseconds using push notifications to a smartphone, SMS messages and phone calls, as well as to the monitoring panel of a security company (in case you have activated this option). Furthermore, you can optionally install one or more sirens:

You can activate and deactivate the security system in several ways:

You will never forget to activate or deactivate your Ajax security system – thanks to built-in reminder function:

The Ajax system can be made even more flexible using devices for integration with third-party systems:

Here is a simple example of using these features in a store: when leaving, an employee closes the store by pressing the Button on the exit. This initiates the scenario in which the WallSwitch power relay turns on the drive for lowering the roller shutters, the system activates the guard mode, and the smart Sockets disconnect electrical appliances from the power grid. The next day, when an employee will open the “point”, the owner will receive a notification that can easily be verified using the surveillance camera in the same application.

Why opt for AJAX?

Ajax Systems is a combination of stylish design and cutting-edge technology, many of which are the company’s unique know-how.

The entire range of Ajax equipment is available in two colors – black and white. Ajax sensors look nothing like competitors. While ordinary security sensors mutilate the interior and, as a rule, the owner tries to hide them – there is no need to hide the Ajax sensors.

Whereas the design in Ajax is not just an external “wrapper”. Special mention should be given to the engineering and IT component of the product which is as smart as the design itself!

These are the technologies to be proud of:

The Jeweller It operates at frequencies from 868.7 to 869.2 MHz (with no interference from Wi-Fi networks), which in ideal conditions provides a communication range of up to 2000 meters. Jewelers can cover a 4-storied building with walls, ceilings and other barriers. Its bilateral protocol protects the transmitted data with block encryption based on the AES algorithm. Sensor surveying takes 12-300 seconds. The time of the alarm signal receipt does not depend on the sequence of sensor surveying and takes a fixed amount of time – 0.15 seconds. In case of radio interference on jam, the Ajax switches to a free radio frequency (radio frequency hopping), notifying the owner and security company of the situation

Hub 2 and MotionCam use the new Ajax Wings radio protocol to transmit graphic data.  This high-speed protocol for transmitting information was developed based on Jeweler and inherited its best qualities, allowing to transfer not only statuses but also images from the MotionCam sensor camera. Wings guarantees delivery of photos even with an unstable signal and interruptions due to the built-in algorithms for checking image loading.

Today, Ajax Systems has released the second generation of center panels – hubs. This device is far from a simple control panel – as in other alarms. A unique feature of the hub is its own real-time operating system OS Malevich and Linux. Real-time OS protects the system from viruses and intrusions, eliminating any bugs in the system freezes.

Furthermore, the new generation of hubs has a powerful ARM processor which provides additional opportunities to solve critical tasks.

Hub OS Malevich is not just an update of existing software. It is a rethought system that retains the achievements of previous versions of Hub OS, with new functionality and great features for scaling.

Ajax security system allows creating up to 50 (instead of 12) logical rooms for streamlining devices. The number of users has increased from 10 to 50. In previous versions, there were difficulties using Ajax in offices with a large number of employees. Now this issue is resolved.

The new architecture allowed to transfer the control logic of the security system to the hub. Previously, competencies were distributed between the hub and the Ajax Cloud server, now the hub is autonomous in operation. It manages security devices and monitors their performance, communicates directly with the security control panel and with the managing mobile applications through a server. It can also send SMS and make calls. In the event of an attack on the system, it determines the nature of impact and decides whether to resist or sound the alarm.

Managing the Ajax security system is as easy as using any modern gadget. All you need for this is a smartphone or laptop with Internet access. You can travel, work, leave for a long time, but you will know for sure that everything is fine back home.

Ajax Cloud server connects the hub with the owner’s smartphone. Thanks to it, the alarm system instantly delivers alerts, quickly configures and updates via the Internet, receiving new protective functions.

Installing a reliable security system in a house is incomparably cheaper than the damage caused by robbery, fire, or flooding. This article lists several distinguishing features of Ajax equipment – its design, functionality and innovative technologies.

However, a true guarantee of quality are tests conducted by independent laboratories and international quality certificates. Ajax equipment samples were tested by TESTALARM, CMI Testcom, ABEGU and VZLU TEST laboratories, as well as by the EZU Institute. These are reputable European companies with the necessary accreditation and subject matter experts. In June 2018, Ajax Systems was certified for Grade 2 (the system is ready to withstand experienced attackers with special equipment) of the European standard EN 50131-1:2006 according to the fifth, most complex, verification scheme. This means that wherever you buy Ajax devices, they will always meet high-quality standards.