HOW CAN VIDEO SURVEILLANCE AT A CONSTRUCTION SITE INCREASE SALES OF APARTMENTS?

HOW CAN VIDEO SURVEILLANCE AT A CONSTRUCTION SITE INCREASE SALES OF APARTMENTS? 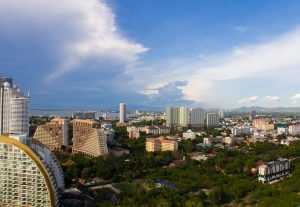 No, this article won’t focus on the need to control builders, stealing at work or failure to comply with safety regulations. Today we shall talk about attracting customers and meeting their needs, which ultimately means only one thing – an increase in sales of apartments, i.e. receiving profit.

Every real-estate developer website now has info on reasonable prices, discounts, promotions, beautiful designs and pictures on the website – and all this no longer activates the “wah effect” on potential customers. They know perfectly well that promotions and discounts are good and far costed mechanisms, which may be far from real savings. They understand that all these ideal images on the website – are the result of creative designers, and “burnished” photos of construction progress have a strong touch of Photoshop on them.

Then how could you impress your experienced customers, and differentiate yourselves from the competitors? Especially in times of crisis, when the individuals’ purchasing power has fallen significantly. It’s quite simple actually – with truth. Do not talk solely of the beautiful future. Keep in mind that potential customer cares of the housing construction process as much as of the final result. Just show the construction progress in real time, and then people will get the information they need most in the period preceding the end of the construction: everything goes as planned – so they will soon move into their cozy apartment! Do you think this won’t work? Ok, then here’s a real case.

One young man was hoping to move into his own accommodation since he got tired of living in endless rented apartments. And he chose an apartment in a newly built low-rise residential complex in Bangkok. There were several arguments in favor of that choice:

The website had a great ad text, photos, and projects: so that potential customers immediately wanted to move there, even though not all buildings were completed at the moment. However, our young man was very interested in this particular neighborhood, so he drove from the other end of town to see how things were going at the construction site. And it turned out that in reality houses were very different from those that have been represented in the pictures, that the promised forest park nearby was cut down for the construction of several skyscrapers, therefore the “peace in the city” slogan and the “great window views” in the next 3 years could not be considered. But the most hurtful thing was that in the last (fourth) housing, exactly where he planned to buy an apartment, was not even in a “foundation” state, although the website described it as being “in active construction” state.

The question arises here: what about those real estate investors who have purchased housing under construction not just on the opposite end of the city, but in other cities and regions? It is not just about time spent on the road, but the real problem of impossibility to reach those sites in order to control the process. In this case online cameras, installed on the construction sites could be of much help. Moreover, they operate not only as a source of information, but also as a marketing technique: construction happening right in the eyes of the customer is far more convincing than any “lacquered” texts and pictures.

In less than 1 hour you can set a camera on a construction site, and then embed a video onto your website. And you will continue receiving gratitude from customers for the precious and real-time information even a little longer. Next comes a certified algorithm: satisfied customers – growth in their number – increase in sales.